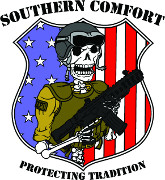 We will not ship firearms to a third party to be modified or changed in any way from manufactured specifications. The firearm you purchase must be compliant AS IS from the manufacturer before we will ship.

Current California law prohibits FFL dealers from selling, supplying, delivering, or giving possession or control of any firearm (including long guns) to anyone under the age of 21 (see LE exemptions box at end of document).

Exceptions for persons aged 18 to 21:

Long gun (including semiautomatic centerfire rifle):
● Must provide proper identification of being an honorably discharged member of the U.S. Armed Forces, National Guard, Air National Guard, of the active reserve components of the United States.

Prohibited:
✘ .50 BMG caliber rifles (No .50 cal whatsoever in Los Angeles or San Francisco).
✘ Firearms specifically named in Appendices A, B, or C in the Calguns.net flowchart (see link above) are prohibited.

Effective 1 January 2017, “fixed magazine” is defined by California SB880/AB 1135 as: “an ammunition feeding device contained in, or permanently attached to, a firearm in such a manner that the device cannot be removed without disassembly of the firearm action.”

✘ Semi-automatic centerfire rifles with a fixed magazine that exceeds 10 rounds.
✘ Semi-automatic centerfire rifles that have an overall length of less than 30”. If the stock is collapsible or foldable, the measurement is taken from the collapsed or folded position.
✘ Semi-automatic centerfire rifles that do not have a fixed magazine, but have any one of the following features::
○ Pistol grip - a grip that protrudes conspicuously beneath the action of the firearm.
○ Thumbhole stock
○ Folding or telescoping stock
○ Grenade or flare launcher
○ Flash suppressor or flash hider
○ Foregrip - a grip that protrudes conspicuously beneat the barrel and in front of the action
✘ Complete AR lower receivers may not include prohibited features listed above, nor appear as a named item on Appendices A, B, or C (see “Rifle Flowchart” link above).

Permitted:
✔ All rimfire caliber rifles with a magazine capacity of 10 rounds or fewer (e.g.: .22LR, .17HMR, etc.) are permitted, excluding rifles with tubular magazines in lever-action firearms, which do not have magazine restrictions. Rimfire caliber rifles are not considered “assault weapons” and can have features that centerfire rifles cannot.
✔ Rimfire with a capacity of more than 10 can be purchased by LE with proper LE Credentials on file.
✔ Rifles of any caliber with tubular magazines (e.g. lever action) may have a capacity of more than 10 rounds (Cal. Penal Code S.16740).
✔ Springfield M1As will be legal if “CA” or “AA” is indicated in the model number (these models will have a muzzle brake instead of a flash hider).
✔ Stripped AR receivers are permitted, barring inclusion on Appendices A, B, or C (see “Rifle flowchart” link above). Before shipping, customer must verify with the FFL dealer that they will accept the transfer.

✘ Shotguns with revolving cylinders (e.g. Franchi SPAS 12, USAS-12, Striker-12, or Streetsweeper).
✘ Semi-automatic shotgun that has both a folding/telescoping stock and a pistol grip, thumbhole stock, or vertical handgrip.
✘ Semi-automatic shotgun that has the ability to accept any detachable magazine.
✘ Shotguns with tubular magazines in which the combined ammunition capacity exceeds 10 rounds AND can be fired by the shooter without either manipulating the magazine selector switch (such as the Standard Manufacturing DP-12), OR that can be fired using a selector switch that allows the shooter to alternatingly use ammunition from more than one tubular magazine without having to manually switch the magazine feeding process (such as the UTAS UTS-15), are prohibited.

Permitted:
✔ Shotguns with multiple tubular magazines, each having a 10-round or fewer capacity, and that must be manually switched from one tube to the other tube to use each group of ammunition are permitted. Examples of the above are the Kel-Tec KSG pump shotgun and the SRM-1216 semi-automatic shotgun.

Semi-automatic shotguns with pistol grips must have a fixed stock to be legal.

● Must be on Department of Justice (DOJ) Handgun Roster to ship*. Every specification for the firearm must match what is on the roster, otherwise it cannot be shipped.
● Models listed on the “Olympic Pistol Exemptions” are permitted.
● Springfield 1911s must have “CA” in the model number to ship, excepting Springfield custom “Professional” models PC9111 & PC9111LR, which are permissible without the “CA” designation.

Effective 1 January 2017, “fixed magazine” is defined by California SB 880/AB 1135 as: “an ammunition feeding device contained in, or permanently attached to, a firearm in such a manner that the device cannot be removed without disassembly of the firearm action.”

✘ Any semi-automatic pistols that do not have a fixed magazine, but have any one of the following:
○ Threaded barrel capable of accepting a flash suppressor, forward handgrip, or suppressor.
○ Second handgrip
○ A shroud that is attached to, or partially or completely encircles, the barrel that allows the bearer to fire the gun without burning their hand, except a slide that encloses the barrel.
✘ Cannot exceed 10+1 round capacity.
✘ Mares Legs are not compliant.

✘ All ammunition and ammo components must ship to an FFL dealer, and effective July 1, Californians must pass a background check to take possession.

EXCEPTIONS
1. An ammunition vendor with a valid Ammunition Vendor License;
2. A person who is on the centralized list of exempted federal firearms licensees maintained by the Department shall present a CA DOJ-issued Listing Acknowledgement Letter indicating the individual is currently on the centralized list of exempted federal firearms licensees (FFL);
3. A gunsmith, dealer or wholesaler, ammunition or firearms manufacturer, or importer presenting a valid type 01, 06, 07, or 08 FFL; 03 C&R (Curio & Relic) licensee who presents evidence of their 03 license, whose licensed 03 premises are within the state of California, AND who has and presents a current certificate of eligibility (COE) issued by CA DOJ.
4. An authorized law enforcement representative of a city, county, city and county, or state or federal government shall present written authorization from the head of the agency authorizing the ammunition purchase or transfer, as described by Penal Code section 30352, subdivision (e)(7); a properly identified sworn peace officer, as defined in Chapter 4.5 of Title 3 of Part 2 of the Penal Code, or Federal law enforcement officer, who is authorized to carry a firearm in the course and scope of the officer's duties, shall present both: (A) a sworn state, or local peace officer's credential, and (B) verifiable written certification from the head of the agency, as described by Penal Code section 30352, subdivision (e)(8)(B)(i). The verifiable written certification from the head of the agency expires 30 days after issuance. In the case of the federal, state, or local officer, the ammunition vendor (Southern Comfort Protecting Tradition LLC) must keep a photocopy of the front and back of the credential and the identification document provided, along with the original verifiable written certification from the head of the agency. The ammunition vendor must make a copy of these records available to the CA DOJ upon request.
If the law enforcement agency does not allow photocopies to be made of the credential, the ammunition vendor shall retain a business card from the sworn law enforcement officer after personally viewing the credential. At the time of delivery, the ammunition vendor shall require the purchaser or transferee to provide an identification document that meets the requirements of Penal Code section 16300 (a document issued by a federal, state, county, or municipal government, that bears the name, date of birth, description, and photo of the person), to verify that the person who is receiving delivery of the ammunition is the person exempted.

✘ Exploding targets, marketed as separate binary components and sold under trade names such as Tannerite, H2 and Last Man Standing (not inclusive), are prohibited.
✘ Batons are prohibited.
✘ ASP batons and any instrument/weapon known as a Blackjack, Slungshot, Billy, Sandclub, Sap, or Sandbag are prohibited.
✘ No .50 BMG ammunition to California.
✘ So-called “bumpfire” stocks and other devices that attach to a semi-automatic firearm which allow discharge of two or more shots in a burst or increase the rate of fire are prohibited (e.g. Slide Fire, Fostech, etc.).
● Certain cities and municipalities may have regulations regarding stun guns, TASER, or pepper sprays. By purchasing one of these items from Southern Comfort Protecting Tradition LLC, you are certifying under penalty of law that you are eligible to purchase and possess a stun gun, TASER, or defense sprays from Southern Comfort Protecting Tradition LLC. Pepper spray is limited to 2.5oz containers or smaller.
✔ AR upper receivers (stripped, barreled, or complete with a 16” barrel minimum) are permitted.
● All magazines are limited to 10 rounds or fewer.
✘ Large-capacity, magazine-conversion kits, which include, but are not limited to, the body, spring, follower, and floor or end plate, capable of converting an ammunition feeding device into a large-capacity magazine are prohibited.
✘ Rifle caliber ammunition not shipped to the city of Oakland.

Other Restrictions
✘ We do not ship firearms directly to C&R dealers in California.
✘ Rossi Circuit Judge is prohibited.

LAW ENFORCEMENT EXEMPTIONS
State of California ACTIVE LAW ENFORCEMENT officers and peace officers with proper credentials on file MAY purchase off-roster handguns. This exemption includes FEDERAL law enforcement officers residing or working in California.
● Law Enforcement (including federal) can purchase non-compliant ARs and so-called “assault pistols” as long as the firearm is being used for duty use only. Department letterhead required and must ship to a dealer with an “assault weapon” permit.
● Law Enforcement, Judges, and District Attorneys are able to have ammunition shipped directly to them with proper credentials on file.
● High capacity magazines can also be purchased, however they must be shipped to an FFL. Credentials need to be on file prior to shipment.
● Active LE are able to purchase stun guns, TASERs, defense spray, and batons.
● Certain entities (departments or city/county offices) and sworn officers (individuals) are eligible to purchase “off-roster” handguns. These entities/officers must have satisfactorily completed the firearms portion of a training course prescribed by the Commission on Peace Officer Standards and Training pursuant to CA Section 832. That expanded list of entities/officers can be found here.